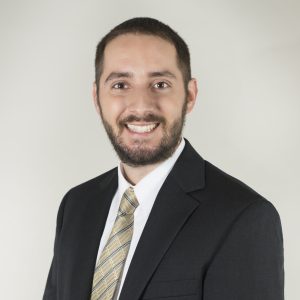 Matt McGarr has been a Florida resident since 1992 and a St. Lucie County resident since 2003. He got his start in the insurance industry in 2015, when he received a college internship with a captive insurance agency in Fort Pierce. He was hired by that agent when his internship ended, and insurance has been his full time job and his number one focus ever since. In his time working for this agent, he learned the values of relationship building, always acting in the client’s best interest, empowerment, and providing an unbeatable level of customer service. This became the foundation for the values that he and his team exemplify daily at McGarr Insurance.

Matt was looking for an opportunity that would allow him to best serve his future clients, and he saw independent agency as that opportunity. As a result, he left the captive agency in 2018 and joined an independent agency in Palm City. He worked underneath that agent for a year, continuing to learn the business and building toward his own business in the meantime. In June of 2019 he was ready to open McGarr Insurance, whose goal is, and always will be, to empower his clients to protect their assets and loved ones so that they can focus on the things that are most important to them.

In his free time, Matt enjoys spending time with his girlfriend, Ashley, their cats, Kriya and Gandhi, and his local friends and family. Jennifer is a rare breed, in that she is a Florida native. Born in Ocala, she has lived in St. Lucie County for six years. She has been in the insurance industry since 2014, getting her start with a captive agency in Tequesta. In her time there, she learned many of the same values that define McGarr Insurance today, such as empowering clients through knowledge and walking with them through their milestones.

Jennifer is an extremely genuine and principled person. Her morals do not waiver in the slightest when dealing with clients, coworkers, and community partners. She is professional to the highest degree, genial, and courteous – talking to her will definitely put a smile on your face.

Jennifer is looking forward to making deeper connections in our Saint Lucie community and learning ways she can make a difference. In her free time, she enjoys spending time with her husband, Rod, and their children and grandchildren. Melinda was born in Colorado, but lived in NY for most of her life and has been in Florida since 2007. She got her 440 license for Property & Casualty in July 2021 and she has been with McGarr Insurance since October 2021. Melinda is in charge of providing an excellent experience for all of our clients and she is likely the first voice who will greet you when you call us. Also, if you are an existing client whose premium has recently increased, Melinda will exhaust all options to find you something more affordable. Among Melinda’s many strengths are her attention to detail, her highly consistent processes, and the genuineness, positivity, and light that her presence brings to the office every day. Melinda is big on improving processes and is always searching for more efficient ways to do things, both in the office and in her personal life.

Melinda has a husband and 4 kids, Bella, Liam, Jaxon and Thea, who are her main motivators in life. In her free time, she enjoys sewing, gardening and spending time with family and friends.

Call or visit us today for a free quote.